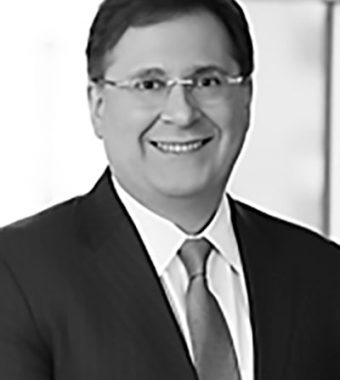 In litigation, Mr. Rivkin’s clients are primarily (though not exclusively) foreign companies and nationals who find themselves in a U.S. court, either as plaintiffs or defendants. His clients range from Fortune 500 to medium size companies to closely held multinationals and family-owned concerns. He also represents high-net-worth individuals and entrepreneurs.

Mr. Rivkin has represented clients in federal and state trial and appellate courts of many jurisdictions, including New York, California, Florida, Illinois, Iowa, Texas, Delaware, New Jersey, Connecticut, Colorado and Pennsylvania. He has conducted numerous bench and jury trials, with an exceptionally high success rate. He is strategically and tactically-minded, methodical, tenacious and thoroughly dedicated to his client’s cause.

Mr. Rivkin is also a pre-eminent U.S. art lawyer. Among his clients in this area are museums, collectors, art dealers, galleries and artists. He has litigated and arbitrated numerous matters involving issues of authenticity and ownership of artworks.

In international arbitration, Mr. Rivkin represents both U.S. and foreign companies before all major tribunals, and in ad hoc arbitrations. He has arbitrated international disputes in the U.S., Europe, Latin America and the Caribbean, conducted under the auspices of arbitral organizations such as the International Centre for Dispute Resolution (ICDR), the American Arbitration Association; (AAA) the International Chamber of Commerce (ICC), the London Court of International Arbitration (LCIA), the Chamber of Commerce and Industry of the Russian Federation, the Santiago Arbitration and Mediation Center (CAM Santiago), FINRA and UNCITRAL. Mr. Rivkin has published widely in the area of international litigation and arbitration. His articles have appeared in the Litigation Journal of the American Bar Association, the New York Law Journal, Corporate Counsel, Law360, JD Supra, Russia’s New Advocate Gazette (Новая Адвокатская Газета) and Expect Focus. He has been quoted frequently in various publications including Inside Counsel and Law360. Mr. Rivkin lectures and conducts continuing legal education courses in areas of international litigation and art law. He has appeared on and chaired bar association panels in several countries, including, most recently, Austria and Vietnam, on a range of topics, including recognition of foreign judgments, protection of intellectual property, and stolen and illegally traded artworks.

Mr. Rivkin is a member of:

Mr. Rivkin is fluent in Russian.