Lina Khan, Chair of the Federal Trade Commission (FTC), has been hitting the media circuit in her first major round of interviews since taking office a year ago. The expectation at the time was that her tenure would create a new era of accountability for the power players in Silicon Valley, with plans for a crackdown on data privacy abuses and anticompetitive behavior.

However, her plans have been slowed by a partisan stalemate and a lack of much-needed resources that would give her the firepower to take on the deep-pocketed tech giants. Making matters more complex, the New York Post reported that her management style had been criticized by FTC staff.

Khan recently warned Big Tech companies and other ambitious dealmakers that to stop anticompetitive transactions, she will litigate rather than negotiate a settlement with companies – a more common way to level the playing field. This mindset will change the way companies pursue mergers and acquisitions, forcing them to work out in advance if they need to divest or spin out parts of their business to win approval from the regulator. In a recent interview with Axios, Khan said that the convention of companies coming to the FTC with illegal deals, expecting agency staff to spend months working to “fix” them through divestiture or other means is not happening under her watch.

She went on to say that the agency hasn’t banned the current approach, in which companies try to meet FTC requirements, but added, “We’re going to be focusing our resources on litigating, rather than on settling.”

Khan, who gained recognition in 2021 for her tough testimony against Amazon, was appointed by President Biden to shake up the agency with a track record of not being tough enough on the power wielded by tech giants. However, according to the Washington Post, there is concern about the 33-year-old’s lack of experience, which could impact her ability to execute several high-profile projects.

These include an antitrust lawsuit seeking to force Meta to sell off WhatsApp and Instagram and a probe of Amazon that includes scrutiny of its recent purchase of MGM that may lead to a lawsuit with FTC.

One thing seems inevitable, Khan’s determination will change how the M&A game is played, almost certainly for the better, forcing companies to look much more closely at the deals they are pursuing before an approach is made. This will require a much lengthier diligence process and a carefully thought-out plan. All of this is very interesting food for thought and just one vertical within what’s been a super busy M&A cycle over the last couple of years.

The team at Rooney Law has deep experience guiding companies through the M&A process. If you need help or have any questions, please call us at +1 212 545 8022 or click here to learn more about our capabilities. 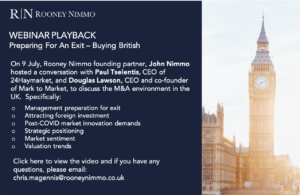 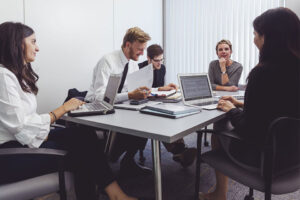 Top Reasons You Need a Law Firm with Transatlantic Experience

A transatlantic law firm like Rooney Nimmo can help your business succeed, whether you already 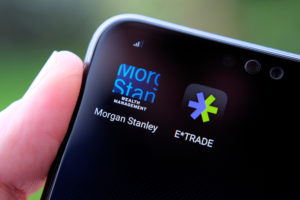 Is Morgan Stanley’s E*Trade Deal the start of a Broader M&A Trend in the Financial Services Industry?