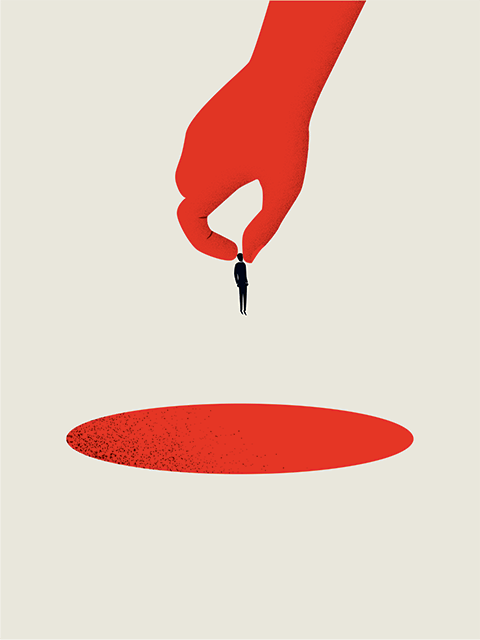 In a reserved judgment issued by the Manchester Employment Tribunal, it was held that Lancaster University (the ‘Respondent’, the ‘university’) had made unauthorised deductions from Mr Kirby’s (the ‘Claimant’) wages by failing to pay him in respect of agreed shifts that did not take place due to Covid-19. However, the Respondent did not make any other unauthorised deductions in respect of shifts that were not yet agreed, nor was the Respondent under any obligation to offer to place the Claimant on furlough.

Mr Kirby was engaged by the Respondent as a casual worker carrying out various roles within the university. The Claimant’s work at the university included, among other things, exam invigilation and being a driver for the medical school. The terms of his employment were governed by several documents including terms of engagement and an assignment agreement.

As is usual with casual worker arrangements, the terms of engagement placed no obligation on the Respondent to offer any work, nor any obligation on the worker to accept any offered work. Evidence was also heard relating to a university policy document that stated that where ad hoc work was agreed and then cancelled with less than 48 hours’ notice, the worker would still receive payment for the cancelled work.

Mr Kirby had worked at the university on this basis since 2018. Before the pandemic, the university’s need for Mr Kirby’s assistance would arise on a predictable basis throughout the academic year. Mr Kirby gave evidence that his assignments were usually booked “around a week or a couple of weeks beforehand” although he was at times given as little as one day’s notice for certain jobs. Mr Kirby was known by various departments throughout the university to be a reliable worker who could be called upon in the expectation that he would want to take the work and would do it well.

In early spring 2020, it became clear that Covid-19 was going to restrict the university’s operations to a considerable degree. Mr Kirby was booked for invigilation duties on 17, 18, and 20 March 2020 and for a paid senior invigilator interview/training session on 25 March 2020 ahead of the summer exam season. These engagements were cancelled on Friday 13 March 2020 by email. Mr Kirby did not receive any payment for these assignments as the cancellations were made with more than 48 hours’ notice.

The university published FAQs for staff on 31 March 2020 which set out their position on various issues arising from the pandemic. One question raised in the FAQs related to whether those with casual contracts could expect to be paid if any scheduled work was cancelled for reasons relating to Covid-19. The answer provided included the following statement:

“Where there is a reasonable expectation of work based on previous agreements or commitments and this work is then disputed or cancelled for reasons relating to Covid-19 all payments for this work will be honoured.”

In relation to furlough, which was at the time in its very early stages, the document went on to say that the university was:

“exploring how the government furlough workers/coronavirus job retention scheme applies to their different groups of staff.”

In April 2020, emails were sent by Ms Crowther of the HR team at the university to workers who were engaged through casual contracts. These emails updated such workers of the ongoing situation, explaining that the university would be looking to identify which workers would be offered furlough payments. Such an assessment was made using a “clear commitment” test in terms of which work would have been done but was then not required due to the pandemic. In her email correspondence, Ms Crowther provided a document called “ERS – Furloughing – April 2020” which noted, among other things, that the university had a commitment to “honour payments where there is a reasonable expectation of agreed work”.

On 28 May 2020, Mr Kirby emailed Ms Crowther noting that he had heard there was no proposal to place invigilators on furlough. Mr Kirby also expressed his belief that he could qualify to be furloughed, pointing out that he had also carried out various other roles for which he hoped that he could be furloughed. Ms Crowther proceeded to contact several individuals in various departments to ask about Mr Kirby’s situation. In these enquiries, Ms Crowther found that it would be appropriate to place Mr Kirby on furlough in respect of his role as a driver for the medical school which would have taken place during the period of university medical exams. None of the responses from other departments, in Ms Crowther’s view, indicated a “firm enough commitment to engaging Mr Kirby to justify placing him on furlough.”

It was submitted by the Respondent that Mr Kirby did not receive payment for the initially cancelled shifts because they were to last for less than the minimum three weeks’ duration that was required to be placed on furlough in respect of a specific engagement.

Mr Kirby’s submissions relied heavily on the wording of the March 2020 FAQs document. He claimed that he had a “reasonable expectation of work based on previous agreements”. He also submitted that Ms Crowther was acting in a restrictive manner in her application of a “clear commitment” test when determining whether Mr Kirby was able to qualify under the university’s policy for furlough. Mr Kirby maintained that he was eligible for furlough and that the university should honour this commitment by placing him on furlough in respect of his other work.

Employment Judge Dunlop (‘Mr Dunlop’), presiding, found the FAQs document to “reflect the University’s aspirations or intentions in a situation which was unprecedented and rapidly changing.” He noted that the FAQs contained specific commitments by the university to act in a particular way in respect of their staff should certain situations arise from the pandemic. It was noted by Mr Dunlop that this could include where the university may treat its staff “more generously” than they would be entitled to under existing terms.

Mr Dunlop, therefore, found that the FAQs answer relating to casual contract workers contained an “explicit commitment” to vary the 48-hour cut-off policy in respect of work cancelled due to Covid-19. Such a commitment, he said, was “made with the intent of reassuring and supporting casual workers in a panicked and difficult time.” It was therefore held that the university was obliged to honour payments for the invigilation work in respect of which Mr Kirby had confirmed bookings on 17, 18, and 20 March 2020, and the training session for 25 March 2020.

Entitlement to be furloughed

In respect of the matter as to whether Mr Kirby was also entitled to be placed on furlough and receive damages equal to what he would have received had he been on furlough, the judge did not find in favour of Mr Kirby. While Mr Dunlop agreed that Mr Kirby had a “reasonable expectation” of undertaking a similar amount of work in 2020 as he had done in 2019, he noted that it was important to consider the wording of the question to which the “reasonable expectations” answer was made. The question in this case was:

“I have a casual contract; will I still get paid if any scheduled work is cancelled for reasons relating to Covid-19?”

Mr Kirby could therefore only rely on scheduled work that had been cancelled for reasons relating to Covid-19 (such as the scheduled shifts relating to the invigilation work), rather than future work lost before it had been scheduled. While Mr Dunlop agreed with Mr Kirby that he would have been eligible to be placed on furlough, emphasis was placed on the fact that it was “entirely a matter for the university as to whether they chose to access the furlough scheme at all, and if so, which staff they chose to offer furlough to.” Mr Dunlop noted where Ms Crowther had said in her statement that furlough was not a “cost-neutral” action for the university and that there may be a host of reasons as to why certain groups of staff may not be placed on furlough.

In these circumstances, it was concluded that Mr Kirby’s claims for unauthorised deductions of wages based on an entitlement to be placed on furlough from March 2020 onward must fail.

Where employers make certain updates to their staff policies due to the pandemic, they may be obliged to honour any commitments that they make. This judgment provides clarity for those with similar casual working arrangements as to their entitlement to be paid for scheduled work cancelled in the wake of the pandemic.

The case also emphasises the fact that it is the employer’s choice to access the furlough scheme in respect of their workers and employees. An employer is never legally obliged to place its workers on furlough for any reason.

Should you have any questions on anything covered in this article or employment matters generally, please get in touch with Dawn Robertson at dawn.robertson@rooneynimmo.co.uk or on +1 44 (0)7779 939 665.